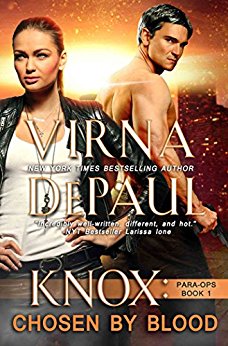 During war between humans and Otherborn, FBI scientists developed a vaccine that rendered human blood useless to vampires, leaving Knox Deveraux’s immortal vampire clan longing for death. Now, to make amends, the FBI wants him to lead a hand-picked team to find the missing antidote. Trouble is, one member of that team is the human woman who owns his soul. A woman he is forbidden to touch.

For FBI Special Agent Felicia Locke, Knox is off limits. No matter that his vampire bride—her best friend—is gone now; he’s duty bound to mate another vamp. If that locked door isn’t enough, his disdain for his half-human bloodline throws away the key.

They both have a job to do, and desire has no place on the training schedule. But with betrayal lurking in the shadows, and a fractured team that seems hell-bent on self-destruction, Knox and Felicia may have no choice but to accept the truth—that their love is the strongest weapon of all. 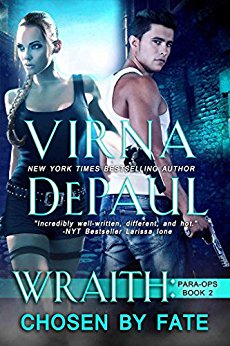 No name. No memory. No pulse.

Ten years ago, Wraith woke up a walking-dead freak, and not just by human standards. Vamps, weres, mages: they’ve all got what she’s lost—memories, a heartbeat, the ability to feel pleasure without pain.

Before the FBI helps her uncover her past, Wraith and human Caleb O’Flare must investigate a string of crimes against feline Otherborn. Soon, however, their partnership turns personal, with Wraith offering herself to Caleb in every way imaginable.

Light and dark. Good and evil. Healer and destroyer.

In order to find out who murdered his best friend, Caleb joins the FBI’s first Para-Ops team. The last thing he expects is to be partnered with a sexy-as-hell wraith—a ghost with a fast-approaching expiration date.

Wraith would just as soon crush Caleb beneath her stiletto heel as look at him—and he has to admit, she’d be justified—yet their attraction burns like a lit fuse racing toward an inevitable explosion. The only way to have her is to brave the pain of losing her—and convince her forever is worth the fight.

Warning: Contains an off-the-chart chemical attraction and hot sex between a trash-talking wraith who loves ABBA and high heels, and a shaman who’s determined to give her not only the one night she craves, but the one thing she wants most of all—his love. 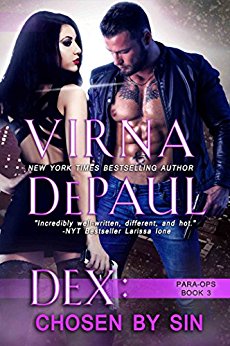 A female vampire trying to save her adoptive dragon-shifter family…

Can they stop a group of rebel shape-shifters from unleashing every demon in hell?

Only if they relinquish their secrets, face their fears, and open themselves to love.

This site uses cookies to customize your experience and provide web-based marketing. If you continue to use this site, please know that it means you accept these terms. OKAY